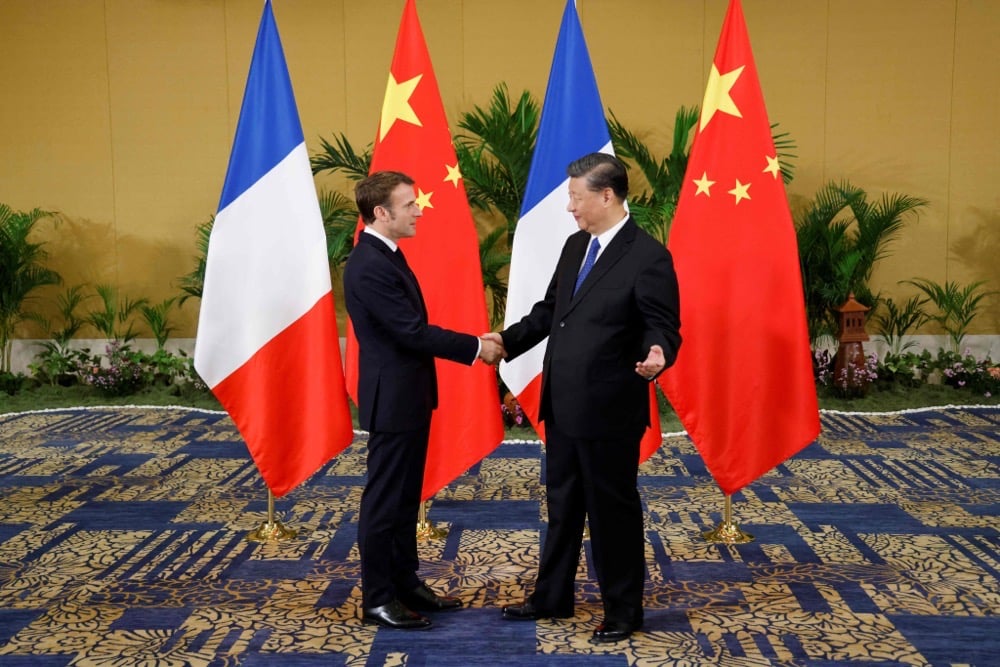 NUSA DUA, Indonesia: French President Emmanuel Macron called for Paris and Beijing to unite against the war in Ukraine as he began a meeting with China’s leader Xi Jinping in Bali on Tuesday.The two leaders shook hands as they began discussions on the sidelines of the G20 summit, which is expected to pile pressure on Russia over its invasion of Ukraine and address the global fallout from the war.We must “unite forces to respond… to international crises like Russia’s war in Ukraine,” Macron told Xi.On Monday, the French presidency said Macron would tell the Chinese president it was in “your interest” to pressure Russia to return to the negotiating table over the Ukraine conflict.Xi meanwhile made no mention of the conflict in his opening remarks, calling more broadly for the two countries to “uphold the spirits of independence, autonomy, openness and cooperation.”The pair met a day after Xi held marathon talks with US President Joe Biden, with the leaders vowing to prevent their rivalry from spilling over into outright conflict.Xi, on his second overseas trip since the pandemic, has commanded the spotlight in Bali — with officials lining up to hold face-to-face talks with the leader of the world’s second-largest economy.Australia’s Prime Minister Anthony Albanese will meet the Chinese leader later Tuesday, and Britain’s new Prime Minister Rishi Sunak has also said he hopes to talk with Xi.