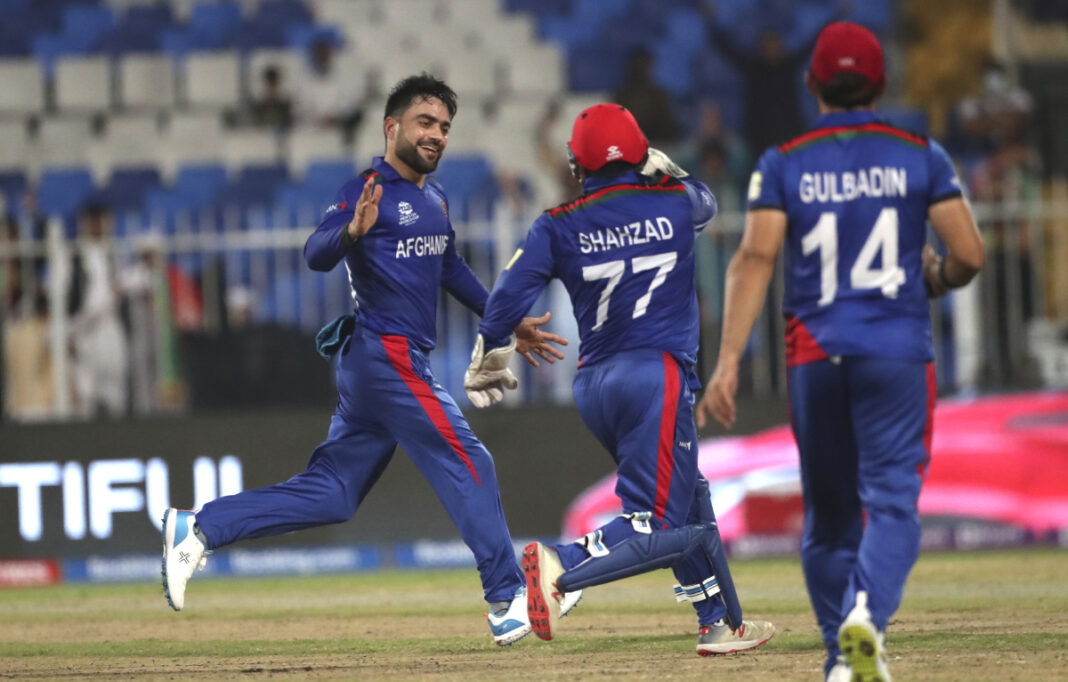 KABUL: Residents of Kabul on Tuesday rejoiced at Afghanistan’s T20 World Cup victory against Scotland, with many saying the first major win for the cricket team since the Taliban takeover in mid-August was proof the country still existed.

Despite decades of violence and war, cricket is enthusiastically followed in Afghanistan, and on Monday, the Afghan national team beat Scotland in a match played at the Sharjah Cricket Stadium in the UAE.

“I couldn’t stop crying as I saw our team with our national flag — as we know the political situation in Afghanistan is not good, but in the meantime, it shows that a country called ‘Afghanistan’ still exists,” Ali Khan Shanghai, a shopkeeper in Kabul, told Arab News.

“Raising the Afghanistan national flag and playing the national anthem in these games indicates that Afghanistan can still breathe,” he said. “Beating Scotland by a huge margin … shows that Afghanistan still exists, and no one can defeat the new generation that we have.”

Abdul Saboor Atayee, a student at Al-Azhar University in Kabul, said that with the current unstable political situation in the country, the victory was a “great comeback for the nation, that we are still here.”

While the Taliban are not in favor of public entertainment and banned many forms of it during their previous rule between 1996-2001, officials celebrated the win, with Taliban government spokesman Zabihullah Mujahid taking to social media to wish the team more success.

“Well done boys!” he said. “May Allah favour you with future victories.”

Afghanistan Cricket Board member Haji Hassin Zadran told Arab News there was hope for more wins in the tournament as Afghanistan prepares to take on neighboring Pakistan during their next match on Friday.

“We hope that in this T20, we will be one of the major teams,” he said. “Our lions created history, they are the cause of smiles, and we wish them further success.”