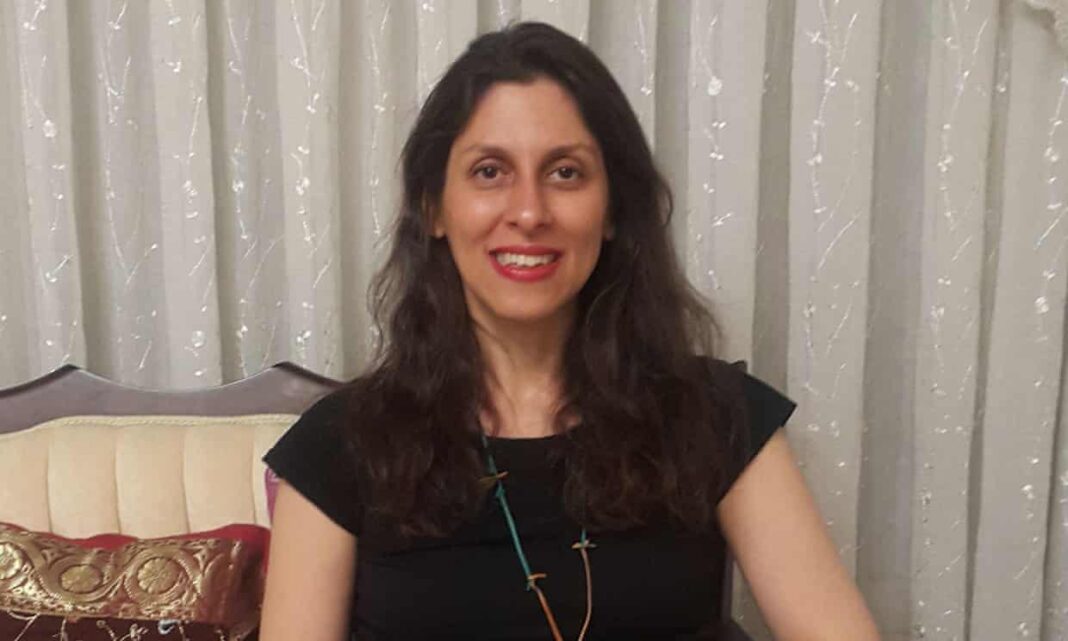 LONDON: London and Tehran reached a deal last summer for the release of detained British-Iranian Nazanin Zaghari-Ratcliffe in exchange for hundreds of millions of dollars, but the agreement fell through at the last minute, MPs have heard.

Zaghari-Ratcliffe has been detained in Iran for more than half a decade, charged with plotting to overthrow the government.

Tulip Siddiq, Zaghari-Ratcliffe’s local MP, told Prime Minister Boris Johnson that she had been informed an agreement with Iran had been reached, urging him to intervene personally to revive it.

It is widely thought that Iran is holding Zaghari-Ratcliffe as a bargaining chip as part of a long-running dispute over a debt between the two countries.

Iran accuses the UK of reneging on a deal to sell it hundreds of millions of dollars worth of tanks, reached with the pre-1979 government. The UK took the Shah’s money, but did not deliver the arms.

Johnson did not deny that a deal with Iran was reached when asked to confirm in Parliament by Siddiq.

She said: “I understand the UK government signed an agreement with the Iranian authorities last summer that would have resulted in the payment of the GBP400 million ($583 million) that we owe Iran and the release of my constituent, Nazanin Zaghari-Ratcliffe. That agreement fell through and the debt still hasn’t been paid. This case urgently needs the prime minister’s attention and personal intervention.”

The government’s legal team has acknowledged to Zaghari-Ratcliffe’s lawyers that the debt is legally owed.

That money would have paid for 1,500 Chieftain tanks, purchased from the British government’s former arms-trading subsidiary, International Military Services.

Mother-of-one Zaghari-Ratcliffe has been told by Iranian officials that she will be released once the UK pays its debt, which has also been linked to the detention of other British-Iranian dual citizens, including Anoosheh Ashoori and Morad Tahbaz.

Johnson said: “We remain committed to securing the release of Nazanin and all the very difficult consular cases we have in Iran. She knows the debt is difficult to settle and to square away for all sorts of reasons to do with sanctions, but we will continue to work on it.”

He also promised to meet Zaghari-Ratcliffe’s husband, Richard Ratcliffe, who has campaigned tirelessly for the UK to do more to secure his wife’s release, including paying the debt.

Iran’s ambassador to London, Mohsen Baharvand, said in December that an agreement had been reached in the summer and that Iran had signed its side of the deal — only for the British government to pull out. He alleged that the US had vetoed the deal.

Ratcliffe told The Times: “I have mixed feelings about today’s acknowledgment by the prime minister that there was an agreement with Iran last summer which then fell apart.

“I’m glad that negotiations continue but again it feels like needless suffering. As the years pass, it does feel increasingly that the government has not just missed one opportunity to solve Nazanin’s case, but a series of them. The reasons behind the recurring decisions to obstruct remain opaque, but the negative fallout for us has been very clear.”

He added: “Six years of abuse is a long time to be living under jeopardy. We look forward to talking it all through with the prime minister when we meet.”