For Afghans fleeing Taliban rule, experience of Syrian refugees in Scandinavia is a cautionary tale 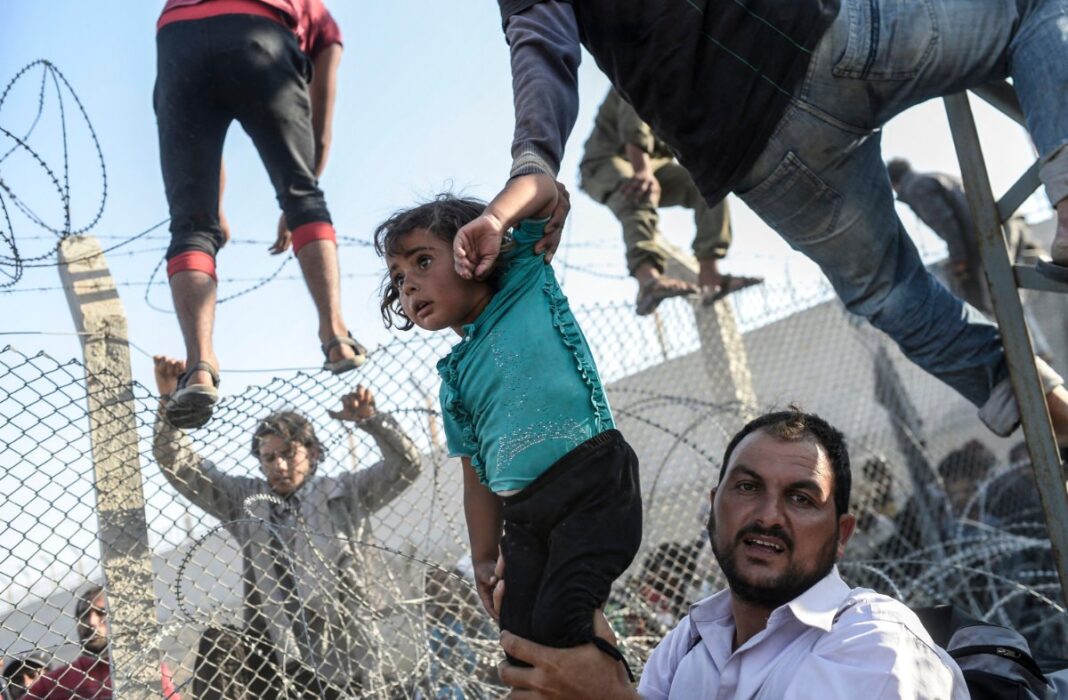 STOCKHOLM: Of the millions of Syrians displaced by civil war since 2011, a significant minority has managed to reach Europe, escaping not only violence and persecution but also forced army conscription and poverty.

Even in the initial phase of the arrival of the wave of humanity, many European countries closed their borders. But along with Germany, the Scandinavian countries of Sweden, Norway and Denmark were among the most welcoming.

In September 2014, images of the drowned toddler Alan Kurdi lying face down in the Mediterranean surf near Bodrum in Turkey drove home the terrible truth about the Syrian civil war.

A graffiti by artists Justus Becker and Oguz Sen depicts the drowned Syrian refugee boy Alan Kurdi at the harbor in Frankfurt am Main, Germany, on March 10, 2016. (AFP)

That same month, the Swedish Migration Authority announced that all Syrian refugees applying for asylum would be granted permanent residency on arrival.

“Our assessment is that the conflict will not end in the near future,” Anders Danielsson, the agency’s director general, told national radio at the time. “Therefore, international law dictates that they should receive permanent residency permits.”

Following the announcement, the number of Syrians applying for asylum in Sweden rose from 30,000 in 2014 to 51,000 in 2015, according to government figures. Neighboring Denmark also saw an increase during 2015, processing about 21,000 asylum applications.

But six years on, the pendulum of public opinion has swung far in the opposite direction.

Along with Germany, the Scandinavian countries of Sweden, Norway and Denmark were among the most welcoming to Syrian refugees. (AFP file photo)

Esbati fears his own country is beginning to follow suit. “This is due in part to many people in Sweden feeling that we did what we could in 2015 and took the responsibility that a rich country should take, while other countries did not.”

Indeed, as the situation in Afghanistan again brings the issue of European asylum policy to the fore, the political mood in Sweden is a far cry from the receptiveness of 2015.

“We will never go back to 2015. Sweden will not find itself in that situation again,” Stefan Lofven, Sweden’s prime minister, told the national daily Dagens Nyheter on Aug. 18, three days after the Taliban seized Kabul.

Afghans gather on a roadside near Kabul airport on August 20, 2021, hoping to flee from the country after the Taliban’s military takeover of Afghanistan. (AFP)

Esbati said that what upsets him most about the comments is the lack of acknowledgement of Sweden’s success in welcoming and integrating Syrians.

Among those who fled to Scandinavia in 2015 was Abdulla Miri. Desperate to avoid conscription into the Syrian regime’s armed forces, Miri chose to flee to Europe, promising his fiancee Nour he would get her out, too.

“I’d paid so many bribes that my money was running out,” he said, speaking to Arab News at his home in Stockholm.

Miri recalls an incident soon after his arrival in Denmark en route to Sweden when he noticed two police officers watching him. “This was before I started to dress like a Scandinavian, so it was pretty obvious to them that I was a refugee,” he said.

“I thought I was in trouble, but the police officers helped me buy a ticket to Sweden. They knew that almost all the refugees wanted to cross the bridge to Sweden, so the three of us just laughed about the situation.”

The Syrian refugee crisis began in March 2011 after a brutal regime crackdown on protests in support of a group of teenagers who were rounded up over the appearance of anti-government graffiti in the southern town of Daraa.

The arrests sparked public demonstrations throughout Syria, which were violently suppressed by security forces. The conflict quickly escalated and the country descended into a civil war that forced millions of Syrians from their homes.

Syrian refugees have sought asylum in more than 130 countries, but most live in neighboring states: Turkey, Lebanon, Jordan, Iraq and Egypt. Turkey has the largest share of the refugee population, today sheltering around 3.6 million people.

European countries collectively host around a million Syrian refugees, with 70 percent hosted by just two countries: Germany with 59 percent and Sweden with 11 percent. Austria, Greece, the Netherlands and France host between 2 and 5 percent, while other countries host below 2 percent.

Most refugees from Middle Eastern and African states reach Europe by trekking overland from Turkey via Bulgaria and Romania, or by crossing the Mediterranean on rickety boats operated by people traffickers.

At least 1,146 people died attempting to reach Europe by sea in the first six months of 2021, according to the International Organization for Migration — more than double the number during the same period in 2020, when 513 migrants are known to have drowned.

Those who survive the perilous journey get a mixed reception. Many trying to reach the UK, for instance, tend to find themselves stranded at the French port of Calais in squalid makeshift camps. For the most part, those who choose to settle in Germany or the Nordic states are afforded international protection status.

Since the onset of the Syrian crisis in 2011, well over a million international protection decisions on applications by Syrians have been taken by asylum authorities in EU+ countries, according to UNHCR.

However, economic problems, a spate of Islamist terrorist attacks, and a sense that migrant communities have failed to fully integrate have led to a rise in right-wing populism in many European states, causing the welcoming spirit exhibited in 2015 to ebb away.

Nawal Abdo Hadid, a 62-year-old Syrian who lives in the quiet Copenhagen suburb of Gentofte, has been told her residency permit will not be renewed because the Danish authorities consider the situation in Syria no longer dangerous.

“When I got the letter, I had a heart attack,” Hadid told Arab News. In addition to her heart problems, Hadid suffers from asthma, which makes it difficult to climb the three flights of stairs up to her one-room apartment. Her home is sparsely decorated, giving the impression of a life spent in perpetual limbo.

Hadid believes her return to Syria could be a death sentence because of her posts on social media that are critical of the government. A neighbor whom she accused of being a pro-Assad “criminal” has threatened Hadid and her son, who still lives in Syria with his six children.

“I haven’t seen my grandchildren for more than six years,” she said. “I’d rather die alone in Denmark than go back to Syria and put my son’s family at risk.”

Miri’s situation could not be more different. On receiving his Swedish citizenship in July 2017 after five years in the country, he flew to Beirut to marry Nour and then brought her home with him to Stockholm.

Although Sweden suffers from a shortage of affordable housing, the couple have been fortunate. A widower rented them the ground floor of his home in an affluent Stockholm suburb.

“Having him in our lives is a blessing,” Nour told Arab News. “I can always ask him for help and he is something of a father figure for us.”

Nour, who studied English literature in Damascus and who loves the poet Lord Byron, has already begun to discover Swedish authors.

“Everything I don’t remember,” by the celebrated writer Jonas Hassen Khemiri, himself the son of a Tunisian immigrant, has left a distinct impression. “He understands what moving between countries does to the soul,” Nour said.

Miri, who now uses his Swedish nickname “Abbe,” speaks flawless Swedish. Nour’s Swedish has a barely detectable Arabic accent although she struggles at times to find the right words.

Every year, on June 6, Miri hosts a Swedish National Day party for their friends. Native Swedes do not usually bother with the holiday, so the gatherings are something of a novelty.

“My Swedish friends don’t even call it National Day any longer,” he said. “They call it Abbe’s Day instead.”

Miri’s journey will be difficult for future asylum-seekers to mimic. On June 23, the Swedish parliament approved a new immigration bill that makes temporary residency permits the norm, just like the Danish system.

“We need an entirely new political (framework) in order for people to be included in society and to settle in,” Maria Malmer Stenergard, an immigration policy spokesperson for the conservative Moderate Party, recently told national radio.

“We have to start by decreasing immigration.”

Still, hope springs eternal. On the windowsill of Miri and Nour’s home sits a pile of books on pregnancy and parenthood. They arrived as a gift from a Swedish neighbor when she learned the couple were expecting their first child.

o This is the first of a two-part series. Next: What Afghan asylum-seekers can expect.