G7 ‘will never recognize’ borders changed by force by Russia 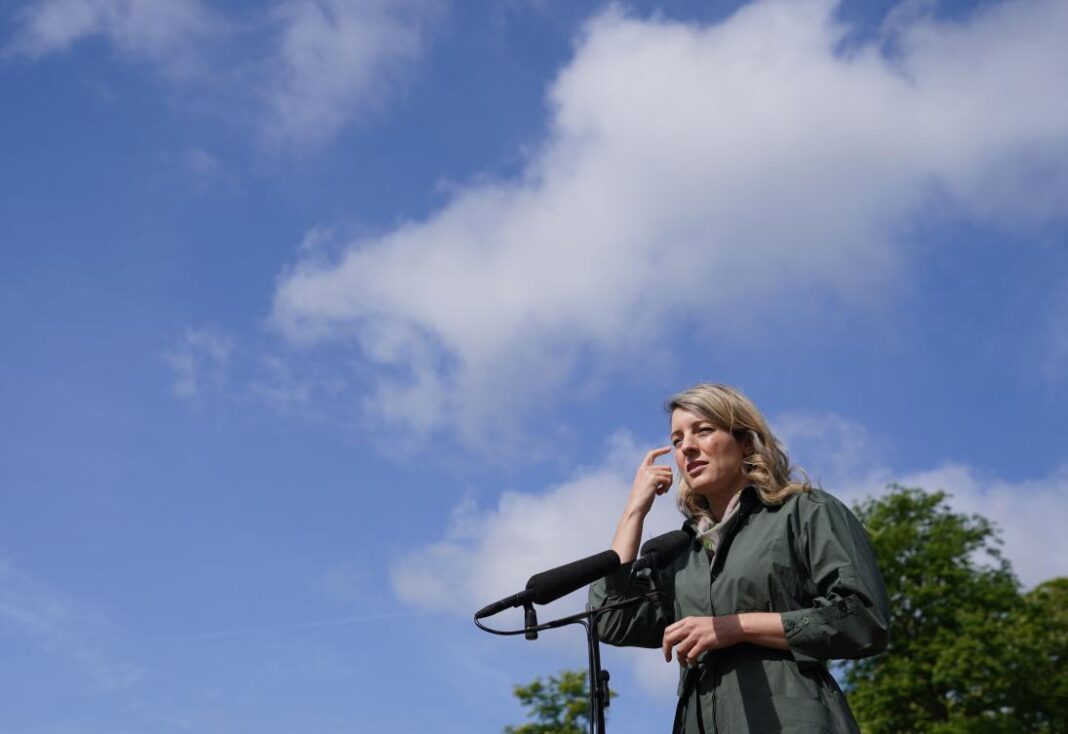 WANGELS, Germany: The Group of Seven industrialized nations said Saturday they would never recognize the borders Russia is trying to shift in its war against Ukraine and pledged enduring support for Kyiv.
Russia invaded Ukraine on February 24 but Kyiv’s forces managed to push Moscow’s troops back from the capital. The conflict is now well into its third month.
“We will never recognize borders Russia has attempted to change by military aggression, and will uphold our engagement in the support of the sovereignty and territorial integrity of Ukraine, including Crimea, and all states,” the G7 foreign ministers said in a statement after three days of talks in northern Germany.
They also vowed to expand sanctions to include sectors on which Russia is dependent and keep supplying Ukraine with weapons to help it repel Russia’s invasion.
“We reaffirm our determination to further increase economic and political pressure on Russia, continuing to act in unity,” they said.
Western countries have supplied Ukraine with artillery, anti-aircraft missiles, anti-tank weapons and other powerful material, but Kyiv has been pushing allies for more support.
As the war drags on, the G7 foreign ministers also highlighted the growing impact of the war on poorer countries, especially in the area of food security.
The ministers also slammed Belarus over its stance on the war.
“We … call on Belarus to stop enabling Russia’s aggression and to abide by its international obligations,” they said.