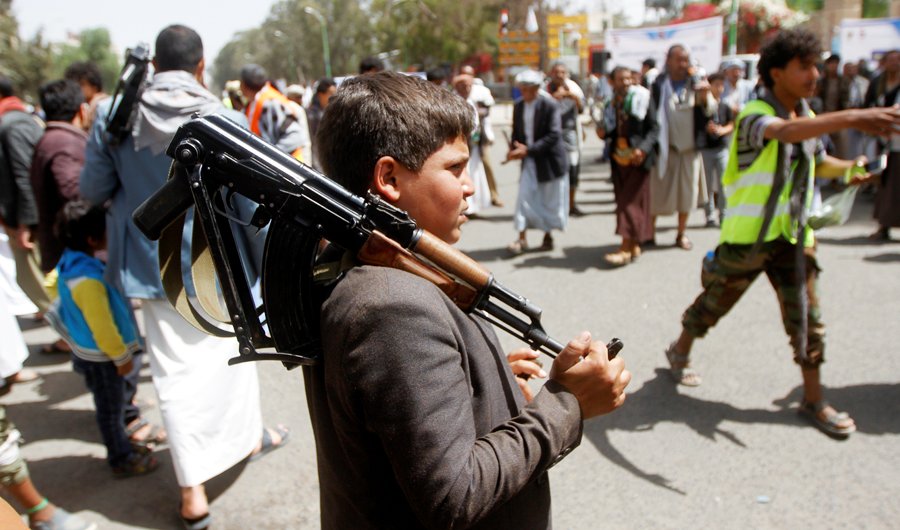 Their criticism came as videos on social media showed pupils wearing military attire and inciting each other to take up arms to fight the Houthis’ enemies.

In one video, filmed at a Sanaa primary school, a child pretending to be a soldier appealed to another child to send him into battle so he could fight the enemies of Islam and Muslims.