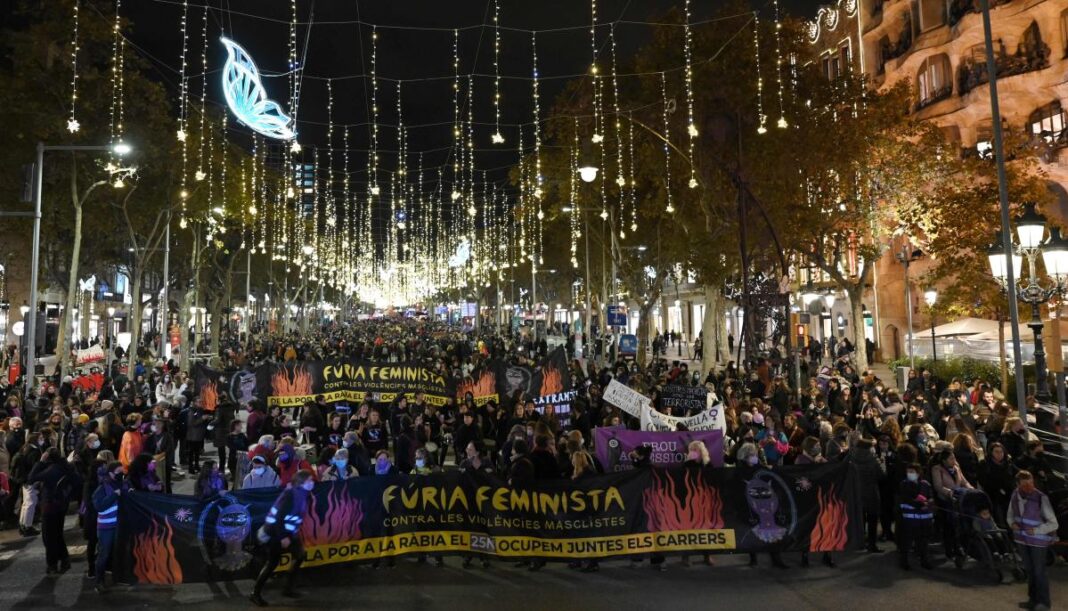 Countries launch WHO pandemic accord talks

MADRID: Thousands of protesters hit the streets of Europe and Latin America on Thursday to demand an end to violence against women.
The rallies took place to mark the International Day for the Elimination of Violence Against Women, with thousands marching through Madrid and Barcelona, while others gathered in Paris and London and more rallied in Guatemala and Honduras.
Protesters were also expected to hit the streets in Chile, Mexico and Venezuela.
In Spain, where the government has made the fight against domestic violence a national priority, thousands hit the streets of Madrid and Barcelona in a sea of purple flags, while others rallied in Valencia, Seville and other cities around the country.
In the Spanish capital, marchers wearing purple masks, hats and scarves walked behind a huge banner reading “Enough of male violence against women. Solutions now!”
“Not all of us are here, the murdered are missing,” they chanted as they marched past the Cibeles fountain and other historic buildings that had been illuminated in purple, holding signs reading “Not even one more death.”
“On a global level, it remains a scourge and a huge problem,” Leslie Hoguin, a 30-year-old student and actor told AFP.
“It’s high time that patriarchal violence against our bodies, our lives and our decisions came to an end.”
Many were fed up of the ongoing abuse faced by women.
“We are sick of the ongoing violence against us which takes many different forms,” said Maria Moran, a 50-year-old civil servant.
“We want to see prostitution abolished and an end to the murders, the abuse and the rapes.”
Back in 2004, Spain’s parliament overwhelmingly approved Europe’s first law cracking down on gender-based violence.
“Eradicating sexist violence is a national priority,” tweeted Socialist Prime Minister Pedro Sanchez, a self-described feminist whose cabinet is dominated by women.
“We will only be a just society when we are done with all kinds of violence against women.”
So far this year, 37 women in Spain have been killed by their partners or ex-partners, and 1,118 since 2003 when the government started keeping a tally.
Nearly one in three women worldwide has experienced physical or sexual violence, mostly by someone they know, according to UN Women, the United Nations’ organization for gender equality.
“Violence against women is a global crisis. In all of our own neighborhoods there are women and girls living in danger,” executive director Sima Bahous said in a video message.
Pope Francis also weighed in.
“Women victims of violence must be protected by society,” he tweeted.
“The various forms of mistreatment that many women suffer are cowardly and represent degradation for men and for all of humanity. We cannot look away.”

Countries launch WHO pandemic accord talks

China calls on citizens to leave eastern Congo after attacks