US and Canadian warships sailed through Taiwan Strait last week 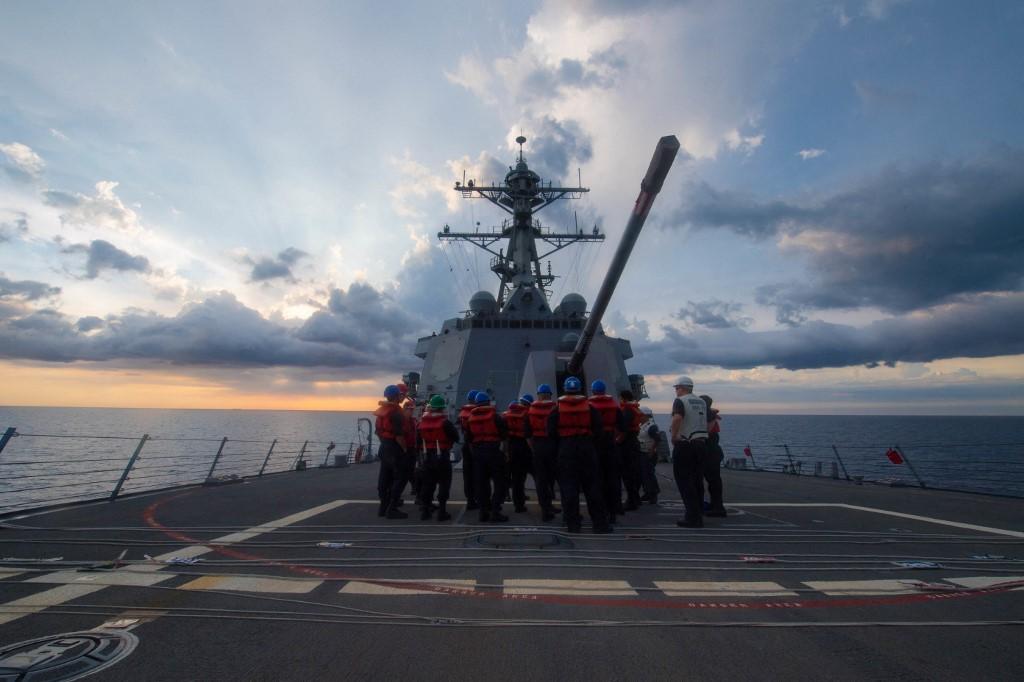 TAIPEI: A US and a Canadian warship sailed through the Taiwan Strait late last week, the American military said on Sunday, at a time of heightened tension between Beijing and Taipei that has sparked concern internationally.
China claims democratically-ruled Taiwan as its own territory, and has mounted repeated air force missions into Taiwan’s air defense identification zone (ADIZ) over the past year or more, provoking anger in Taipei.
China sent around 150 aircraft into the zone over a four-day period beginning on Oct. 1.
The US military said the Arleigh Burke-class guided missile destroyer USS Dewey sailed through the narrow waterway that separates Taiwan from its giant neighbor China along with the Canadian frigate HMCS Winnipeg on Thursday and Friday.
“Dewey’s and Winnipeg’s transit through the Taiwan Strait demonstrates the commitment of the United States and our allies and partners to a free and open Indo-Pacific,” it added.
American Navy ships have been transiting the strait roughly monthly, to the anger of Beijing, which has accused Washington of stoking regional tensions. US allies occasionally also send ships through the strait, including a British warship last month.
While tensions across the Taiwan Strait have risen, there has been no shooting and Chinese aircraft have not entered Taiwanese air space, concentrating their activity in the southwestern part of the ADIZ.
While including Taiwanese territorial air space, the ADIZ encompasses a broader area that Taiwan monitors and patrols that acts to give it more time to respond to any threats.
Taiwan’s defense ministry said on Sunday that three Chinese aircraft — two J-16 fighters and an anti-submarine aircraft — flew into the ADIZ again.