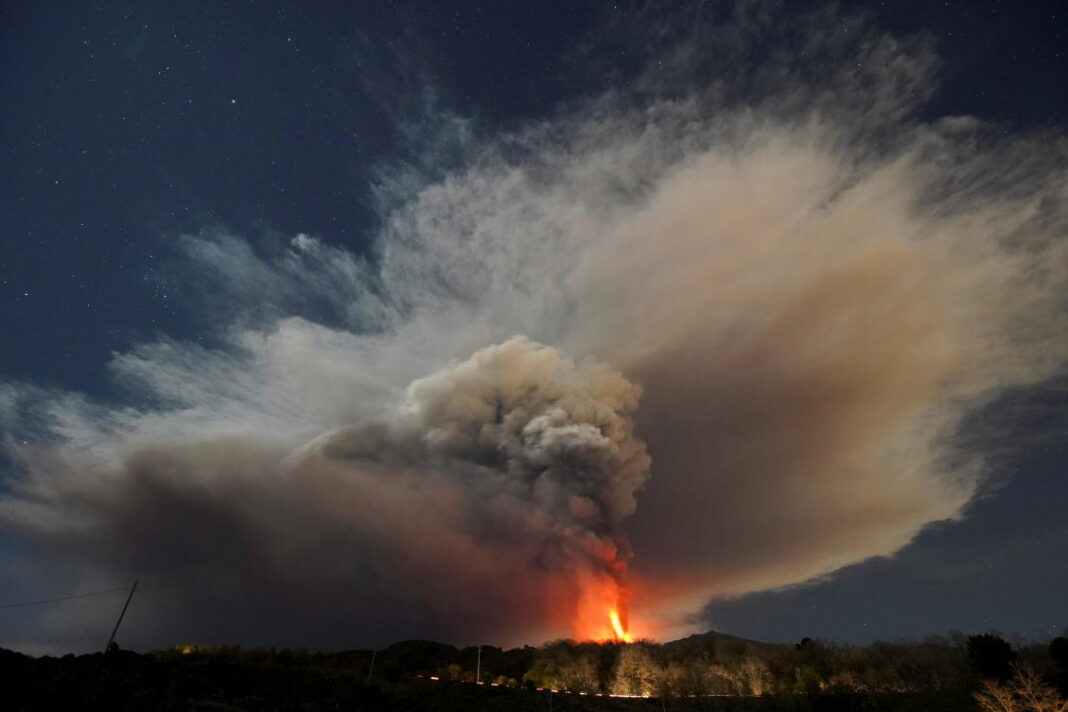 ROME: A particularly powerful eruption of Mount Etna has created a volcanic storm that sent bolts of lightning dramatically across the sky over eastern Sicily.
A volcano expert with Italy’s National Institute for Geophysics and Volcanology, said Friday that such volcanic storms are rare but can happen in particularly violent eruptions or with volcanoes located near the sea.
The volcanologist, Boris Behnke, told The Associated Press that volcanic lightning was observed once over Etna in 2021, and before that, in 2015.
The eruption shortly before midnight Thursday didn’t cause any damage. But it did shoot ash 10 kilometers (more than 6 miles) into the air above sea level.
Etna is one of Europe’s most active volcanoes, and its eruptions aren’t infrequent.