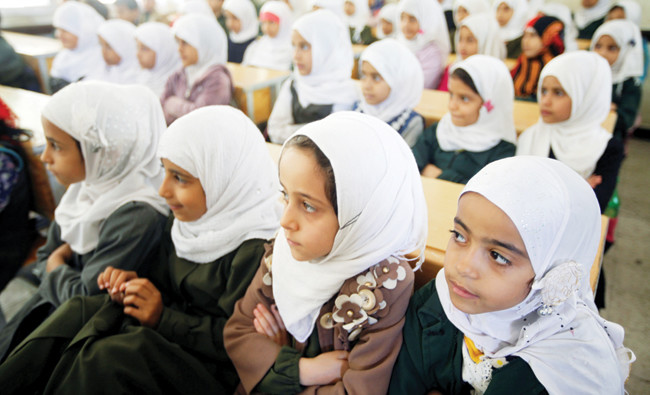 LONDON: Yemen’s union of teachers has denounced the Iran-backed Houthi militia’s takeover of the country’s schools and curriculum, and accused Tehran of using the education system to pursue a “policy of cultural colonialism.”

Yahya Al-Yinai, head of media at the Yemeni Teachers Syndicate, told the Daily Telegraph that the Houthis have made hundreds of changes to the teaching curriculum since they seized power in a violent 2014 coup. He also said they have replaced nearly 90 percent of school principals with pro-Houthi allies.