A Trojan Horse? PathCheck’s Contact Tracing App Coming to Minnesota and the World 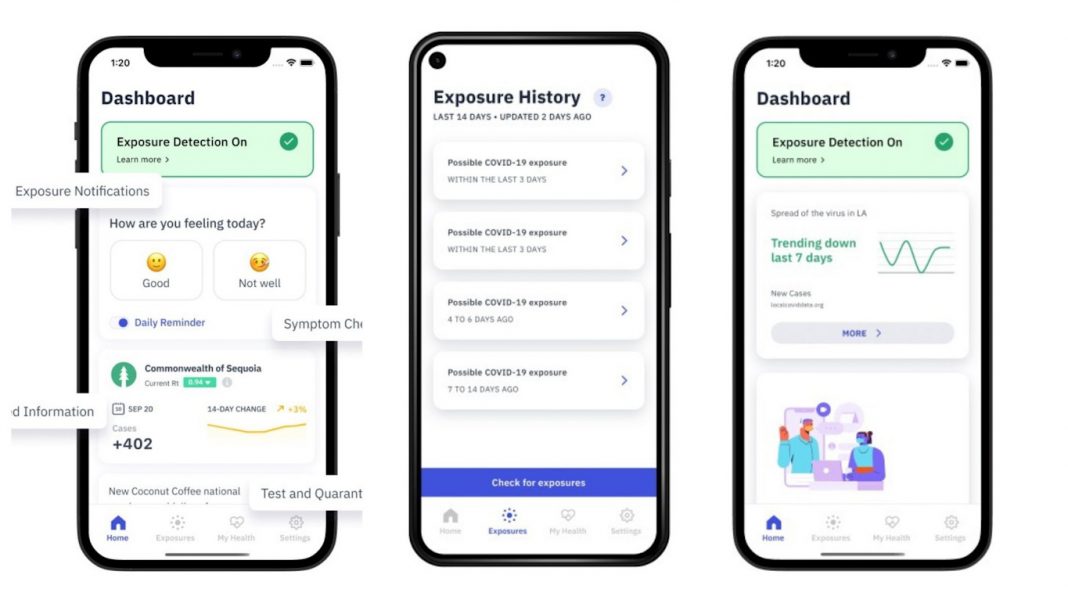 Almost as soon as the World Health Organization (WHO) declared a global pandemic in March, contact tracing apps seem to have sprouted everywhere. Last May, MintPress News reported on a Bluetooth-enabled sports fans tracking app, which was later repurposed to push COVID-19 contact tracing methods. The app, called Care19, was one of the first publicly known implementations of a device-neutral, Android-iOS framework made possible by a noteworthy partnership between Apple and Google.

That same Apple-Google framework underpins another virtually identical app that had managed to fly under the radar of privacy advocates despite being the very first contact tracing app released, predating North Dakota’s Care19 by two months and developed by an MIT Media Lab spinoff called the PathCheck Foundation.

PathCheck is set to be rolled out to the public in Minnesota through the COVIDaware MN program, which will look to bring adoption of the “exposure notification solution” to critical mass, in line with the goal set by PathCheck’s makers since the app was first released in early March 2020. High adoption rates would be “pretty much the only way this app will be able to make a surmountable difference,” according to researchers interviewed by Popular Mechanics in a March piece on PathCheck.

The foundation claims to have already deployed its app in several countries worldwide and many U.S. states and territories, including Guam. The campaign underway in Minnesota will test newer approaches to overcome the failures of Care19 in North Dakota, which only managed to rake together a paltry 5% adoption rate due to heavy public resistance surrounding privacy concerns.

One of the ways PathCheck intends to close the gap in public trust is by anonymizing the data being transferred through novel encryption features. “COVIDaware neither collects nor distributes personal identification,” according to the Star Tribune. But other aspects could make the data privacy issue a moot point.

For instance, the app will be tethered to local and state health institutions, which will send “codes” to users in order to “prevent false reports” and keep contact tracing entities abreast of a user’s COVID-19 status. Privacy, in this case, only means that you won’t know which of your friends, acquaintances, or enemies, stuck the health patrol on you.

The Path from here

PathCheck’s plan “is to build on the technology, programs, and standards we’re developing today for pandemic response to create a global system for public health,” per its website, which describes the “wide array” of technologies being lined up to “enable the development of new diagnostics and treatments that result in a healthier world.”

The app is open-source offering full transparency for developers and others to verify the processes and PathCheck has positioned itself as a champion of privacy from its inception. In a paper called Apps Gone Rouge, PathCheck calls on experts to offer advice on how to overcome the public’s hesitance when it comes to contact tracing apps. The foundation has also been pushing for a “national coordination” program to bring all contact tracing apps under a single roof within the federal government. The marketing slush that pervades PathCheck’s site includes terms like “customers” for potential hospital patients or banal promises of “driving innovation for a better world” to describe their products and services, as well as grandiose pronouncements and predictions such as asserting it “will be the global leader in advancing public health with technology,” while practically gushing over the idea that COVID-19 has “forever change[d] the role of public health.”

If anything has changed, it might be the intensity with which mass self-surveillance technologies have been coming at us since March. Leveraging the pandemic to come out on top in the “new normal” is just another market opportunity for the majority of startups venturing into the space. As a nonprofit, PathCheck assumes the role of benevolent steward for the multiple contact tracing apps, which like the Apple-Google framework tested at that same MIT Media Lab where PathCheck was born, augurs a Trojan horse for the eventual consolidation of all digital pipelines.

Ramesh Raskar, founder and chairman of PathCheck, has been working with Apple, Facebook, and Google on computational privacy and health for years in so-called “Special Projects” as posted on his Linked In page. One such project commissioned by Facebook centered around “digital health,” which Wikipedia defines as “the convergence of digital technologies with health, healthcare, living, and society to enhance the efficiency of healthcare delivery.”

It was as part of this project that Raskar co-wrote a paper for the Bluetooth tracking technology used in the PathCheck app and others. In the study’s executive summary, the authors describe the potential application of the technology in epidemics “such as COVID-19 through improved contact-tracing, better privacy and verification for sensitive data sharing in the numerous Bluetooth and GPS based mobile applications.”

Apart from sitting as chairman of PathCheck Foundation, Raskar is an Associate Professor at MIT Media Lab and counts a three-year stint at the Defense Advanced Research Projects Agency (DARPA) as a member of its Information Science and Technology (ISAT) study group.

He also sits on the commission of a Swiss AI healthcare foundation, which “champions the use of AI and digital technology to improve the health and wellbeing of children and young people” (marketing speak for an encroaching global surveillance state) that funds and scales up AI projects in the healthcare space under the guise of “health equity”.

Sponsored by major U.S. technology contractor Cisco, the PathCheck team includes many people who have been involved in the collecting of health data for years. PathCheck CEO Adam Barrey founded a company that developed management systems for human genomic data, as well as AI technologies to interpret such data in order to deliver “precision medicine.”

But at the head of their “global implementation” strategy is Khahlil Louisy, a very recent graduate student of MIT whose previous background in digital media and minority groups mentorship programs make him the perfect face for the worldwide rollout of a 24/7 surveillance/tracking standard to go hand in hand with a COVID-19 vaccine that is slated to target people that look more like him than his CEO.

PathCheck’s ‘vision’ includes building “a new generation of digital solutions for public health [to drive] mass adoption of a foundational… platform that includes mobile touch points on every smartphone in the world.” The organization also suggests that “population scale health strategies” will become the norm in the post-COVID world – a proposition that should scare every oppressed minority group anywhere.

Feature photo | A woman wearing a face mask to protect against coronavirus, holds a smart phone as she leaves a subway in Moscow, Russia, Oct. 19, 2020. Alexander Zemlianichenko | AP

The post A Trojan Horse? PathCheck’s Contact Tracing App Coming to Minnesota and the World appeared first on MintPress News.