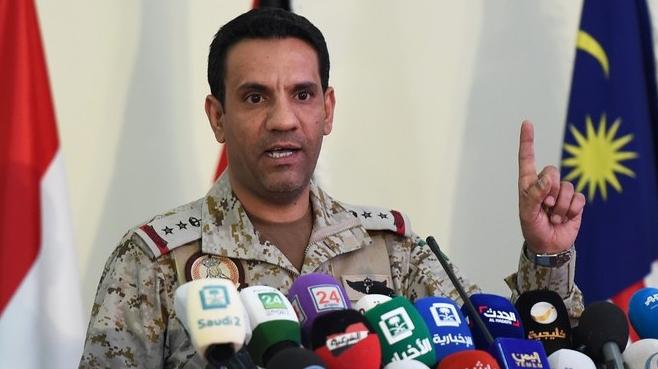 RIYADH: The Arab coalition said it had intercepted a Houthi drone targeting Saudi Arabia’s Khamis Mushait, Al Ekhbariya TV reported early Thursday.
The coalition, which is fighting to restore the legitimacy of the internationally recognized government in Yemen, said it will take all measures to protect civilians in accordance with international law.
The Iran-back Houthi militia have consistently launched attacks against the Kingdom.
On Tuesday, the coalition intercepted and destroyed another drone which was targeting the same city.