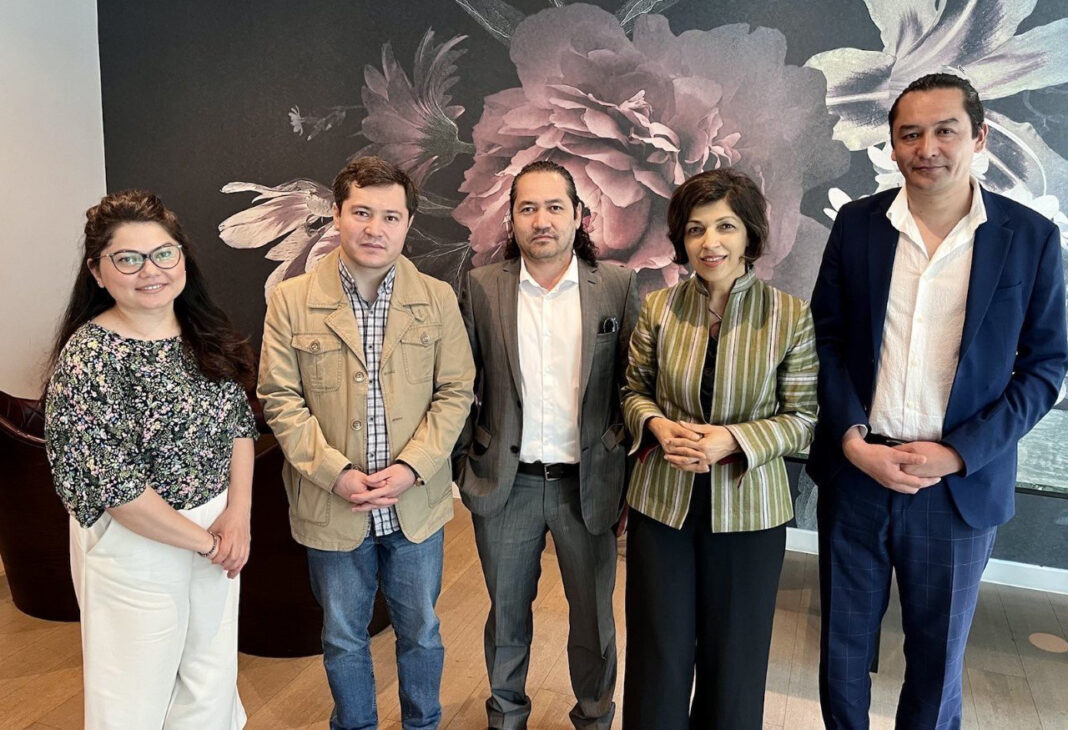 WASHINGTON: Confidence is diminishing among US authorities that the Taliban will reverse course and allow women and girls in Afghanistan to pursue an education, or take action to improve the general human rights situation in the country, according to Rina Amiri, the US special envoy for Afghan women, girls and human rights.

During a briefing on Thursday, attended by Arab News, she said Washington is working to identify the key issues that are having negative effects on women and minority groups in the country.

“We are very disturbed at what we see as a consistent negative trajectory of the situation of women and human rights in Afghanistan,” Amiri said.

In Geneva met with High Commissioner for Human Rights @mbachelet, @SR_Afghanistan & @UNSRVAW to encourage focus & action at @UN_HRC session on the situation of women and girls, Hazaras, Hindus, Sikhs & civilians being targeted in Panjshir & other at-risk groups in Afghanistan. pic.twitter.com/yndp7aFZMG

She added that the US is concerned about an increase in attacks on minority groups in the country, including the Hazara, Hindu and Sikh communities. A group affiliated with Daesh claimed responsibility for an attack on a Sikh temple in Kabul last week, during which two people were killed and several injured.

Amiri said US authorities are looking for more ways to engage with the Afghan people and provide humanitarian aid, especially in the aftermath of the devastating earthquake that hit the mountainous regions in the east of the country in the early hours of Wednesday this week. More than 1,000 people were killed and hundreds of homes and other buildings were destroyed.

Devastating situation in eastern Afghanistan. An already awful humanitarian situation for so many made worse by today’s earthquake. Sending my prayers & deepest condolences to all those who have lost loved ones. No people should have to endure this much hardship. https://t.co/8TXnPMKCh1

The Taliban government, which has been under US sanctions since regaining control of the country in August last year following the withdrawal of US troops, has appealed for international aid to help cope with the humanitarian crisis caused by the earthquake. The UN has pledged its full support for efforts to help the victims and mobilized its agencies to provide assistance.

Amiri said that the US sanctions imposed on the Taliban government are designed and balanced in such a way that they do not affect women or other vulnerable groups in the country.

She added that after the Taliban took control of Afghanistan they reneged on prior commitments to allow girls to attend school and pursue an education, and to respect the human rights of all people in Afghanistan.

Also met with several Afghan women leaders in London to hear their concerns & exchange ideas for action. They challenged the narrative of improved security & access in Afghanistan when most live in a culture of fear & half the population is confined to their homes. pic.twitter.com/bGlWe73X5E

She attributed the most repressive measures directed against women to hard-line elements within the ruling group, and said the majority of Afghan people do not agree with the restrictions on the rights of women.

Taliban policies toward minorities are impeding the ability of the US to help the Afghanistan, Amiri said. Nevertheless, she added, Washington has committed $127 million to humanitarian aid for the people of the country.

She said that she has visited Europe and the Gulf region to explore ways in which the US might collaborate with other countries to help Afghan women and minority groups, and called on all nations to hold the Taliban accountable for the plight of women in their country.

“The situation in Afghanistan is the worst in the world when it comes to the rights of women,” added Amiri.