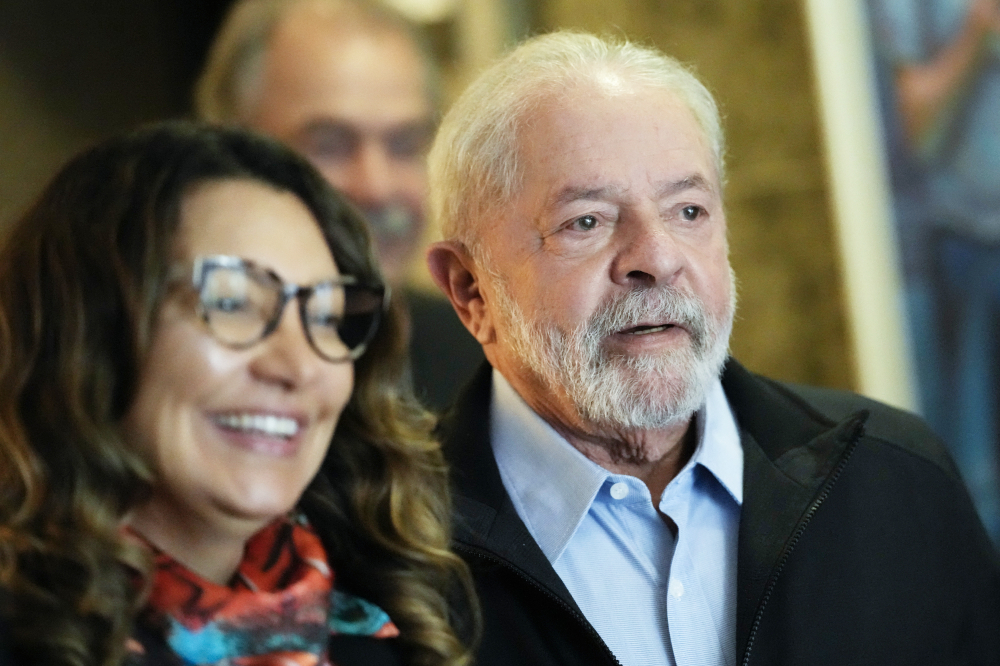 SAO PAULO: Former President Luiz Inacio Lula da Silva is retaining his lead over incumbent Jair Bolsonaro ahead of Brazil’s October presidential election, according to a Datafolha opinion poll released on Thursday.
Lula drew 47 percent support in the opinion poll against Bolsonaro’s 28 percent. In May, Lula’s lead was 48 percent to 27 percent.
The polling results suggest time is running out for other candidates hoping to make it a three-way race. While leftist former state governor Ciro Gomes gained 1 percentage point from the last poll, he had the support of just 8 percent of voters polled.
In a potential second-round runoff between the rivals, leftist leader Lula now has a 23 percentage-point lead over right wing Bolsonaro, down from 25 points in May, the survey showed.
This week, Lula presented an official government plan outlining priorities if elected, including a new fuel pricing policy, removing a cap on government spending, and dramatically reining in deforestation.
Lula welcomed Thursday’s poll results on Twitter, saying that despite a month of “TV advertising and a flood of fake news on the Internet,” Brazilian people showed they want to “get rid” of the current government.
Bolsonaro’s office did not immediately respond to a request for comment.
Datafolha interviewed 2,556 Brazilians of voting age (16 years) on Wednesday and Thursday. The poll has a margin of error of 2 percentage points up or down.