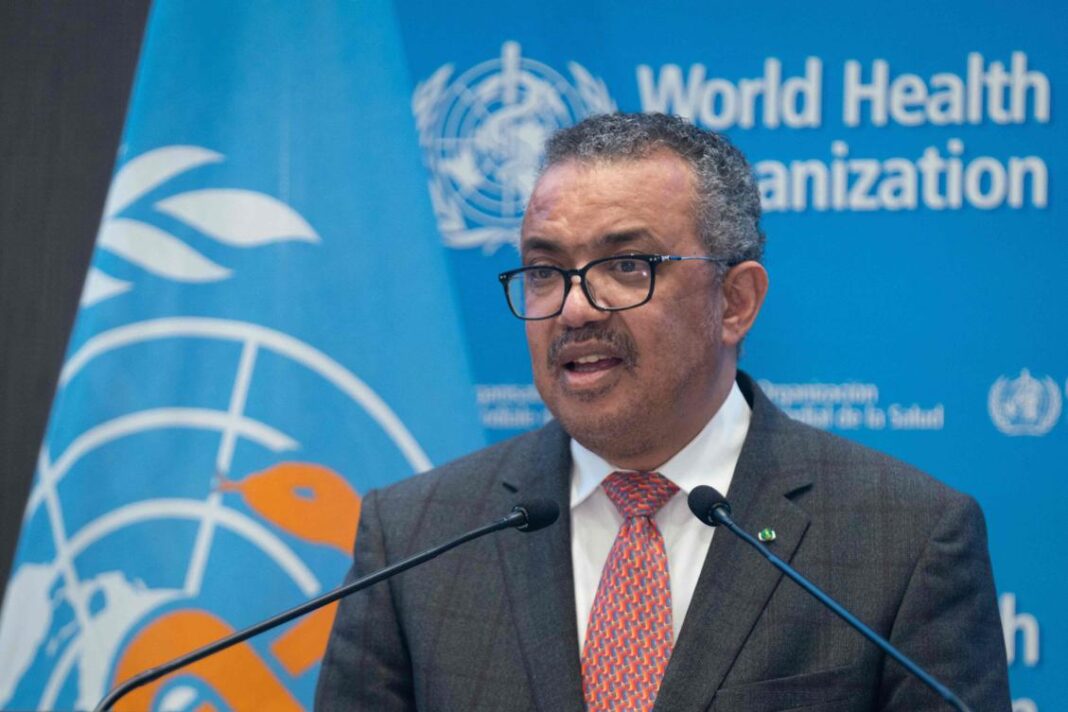 GENEVA: World Health Organization member states agreed Wednesday to start building a new international accord on how to handle future pandemics and ensure there can be no repeat of Covid-19.
The economic turmoil and millions of lives lost during the coronavirus crisis triggered calls for new international defenses strong enough to prevent a future such disaster.
At a special meeting in Geneva, the 194 WHO member states unanimously adopted a resolution launching the negotiating and drafting process for a new international instrument on pandemic prevention, preparedness and response.
The process will present its final outcome to WHO member states in 2024.
“The adoption of this decision is cause for celebration and cause for hope that we all need,” WHO chief Tedros Adhanom Ghebreyesus said in closing the three-day gathering.
“Of course, there is still a long road ahead. There are still differences of opinion about what a new accord could or should contain. But you have proven to each other and the world that differences can be overcome and common ground can be found.”
The three-day meeting of the World Health Assembly — the WHO’s decision-making body comprising all 194 member states — was an unprecedented special session on considering a new accord on pandemics.
It came with the world nearly two years into the Covid-19 pandemic and shaken by the emergence of the newly-discovered Omicron variant of concern, deemed by the WHO to pose a “very high” global risk.
“I have one simple request for all member states, and that is: end this pandemic,” Tedros said in his closing speech.
“Just in the past week, this virus has demonstrated that it will not simply disappear. How many more lives and livelihoods it takes is up to us.
“Ending the pandemic is not a matter of chance; it is a matter of choice.”
Countries agreed to establish an intergovernmental negotiating body “to draft and negotiate a WHO convention, agreement or other international instrument on pandemic prevention, preparedness and response.”
The body’s first meeting must be no later than March 1 next year to elect two co-chairs and four vice-chairs.
A progress report will be presented at the regular World Health Assembly annual gathering in 2023, with the final outcome presented for consideration at the 2024 WHA.
As Tedros hinted, despite Wednesday’s agreement, differences remain between countries on how far they are prepared to go in terms of legally-binding commitments on issues like equitable vaccine distribution, knowledge-sharing, financing, oversight structures and powers to investigate outbreaks.
The United States, notably, is lukewarm on locking into a treaty.
China — where the first Covid-19 cases were detected — voiced willingness to negotiate an agreement, without specifying whether it should be binding, adding that the process should avoid “stigmatization.”
In a statement, Washington said it wanted to “strengthen the international legal framework” to “make the global health system stronger and more responsive.”
The European Union, much warmer on a treaty, said Wednesday’s decision would make history.
“We need a game change in our global health architecture, so that the international community can respond to future pandemics collectively, effectively and immediately,” Lotte Knudsen, the EU’s ambassador in Geneva, said in a statement.
“The situation and our citizens demand it.”
Britain’s ambassador Simon Manley said there was “no better response” to Omicron than the WHA’s move toward strengthening the legal framework underpinning the collective response to pandemics.
The adopted resolution acknowledged the need to address the “development and distribution of, and unhindered, timely and equitable access to, medical countermeasures such as vaccines, therapeutics and diagnostics.”
Jaouad Mahjour, the WHO assistant director-general for emergency preparedness, said the decision showed a strong commitment to “ensure that a crisis like this never happens again.”