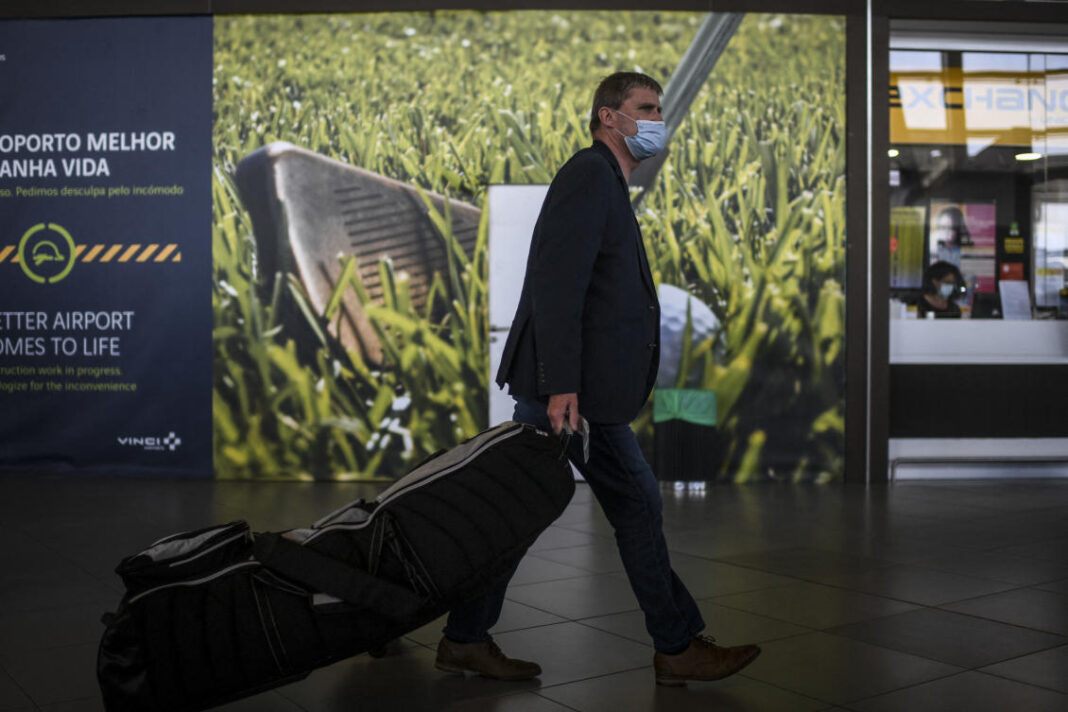 MADRID: Juan Esteban Marino, a healthy 29-year-old, has been part of the rare cohort in Spain who have resisted health authorities’ strong recommendations to get their vaccine shots.
His position only changed when he planned an end-of-the-year holiday in Portugal, where authorities are cracking down on unvaccinated visitors as they confront a surge of infections and try to limit the spread of the omicron variant.
“I needed to get the jab to leave the country and return without any inconveniences,” Marino said Wednesday at a large vaccination center in Madrid as he pressed sterile gauze against his left arm and rolled down his sleeve.
“With the new variant and restrictions complicating life, getting the vaccine has become unavoidable,” he added.
Long lines for getting vaccines have returned to Portugal and Spain, two neighboring European Union nations that, despite having inoculation figures that are the envy of the world, are stepping up efforts to close the gap on the few residents still unvaccinated. Both nations have reported cases of the omicron variant.
People at the Wizink Center, a large concert hall turned into a “vaccine-drome” in the Spanish capital of Madrid, give an array of reasons why they didn’t get their shots sooner. In addition, many people over 60 were lining up for booster shots, which authorities want to extend soon to younger groups.
But, like Marino, many say that proving they are either vaccinated or have recovered recently from COVID-19 is becoming compulsory in many places that had resisted the health passes until now.
Iris Reichen, a 61-year-old German-Spanish interpreter, said she was compelled to get her first shot by reports about the fast-spreading omicron variant, whose possible impact is still being considered by health experts, and because her social life had suffered.
“Friends no longer invite the nonvaccinated to their private dinners,” she said.
A recent survey by Spain’s polling institute, CIS, showed that about a third of the 1.6 million adults who remain unvaccinated in Spain were still planning to get their shots. But nearly 3 percent of those polled — the equivalent of 1 million people if the figure was extrapolated to the country’s total population — were planning to avoid it.
The poll, which CIS conducted last month before some Spanish regions introduced mandatory COVID-19 passes, showed that the resistance was across the political spectrum but more prevalent among the middle-class with higher education.
In an internal report leaked Wednesday, a panel of experts advising Spanish health authorities warned against the “false security” that the health certificates can give in a country where nearly 90 percent of those eligible for a vaccine already got their shots. The experts insisted that mask-wearing, which is mandatory in enclosed spaces and a common sight in the streets of Spain, and other social-distancing measures are still more effective against contagion.
Authorities in the northeastern Catalonia region have reopened mass vaccination venues for jabs and are allowing people to get walk-in appointments after announcing that the health certificates will be needed to enjoy everything from a meal in a restaurant to a concert.
Catalan Public Health Secretary Carmen Cabezas said that “both first shots and second shots are increasing” and that over the past week alone, authorities had seen an 81 percent increase in first vaccine doses given out compared to the previous week.
In some instances, police had to be summoned to help disperse crowds forming long after the vaccination centers’ scheduled closing hours.
Long lines formed also in Lisbon, where Portugal’s largest vaccination center to date opened for the first time on Wednesday as authorities tried to encourage the 2 percent of the population who are not vaccinated yet — Europe’s lowest rate– and speed up giving out booster shots.
Despite the country’s excellent vaccination record, cases have been rising nonstop over the past two months, although hospitalizations are far away from the worrying levels seen in previous surges. An outbreak of the omicron strain among members of a professional soccer club in Lisbon and a medical worker who had contact with them has also added to concerns.
Starting Wednesday, Portuguese authorities were tightening passenger entry requirements and mandated masks indoors as the country entered a “state of calamity.” The crisis declaration, Portugal’s second this year, is one step below a state of emergency and gives the government the authority to impose stricter measures without parliamentary approval.
Masks now are required in enclosed public spaces, and individuals must show proof of vaccination, having recovered from COVID-19 or a negative virus tests to enter restaurants, cinemas, gyms and hotels. Nightclubs, hospitals, nursing homes and sports venues also require tests from visitors and patrons, including vaccinated ones.
“With the test, we feel more comfortable. We don’t leave the club thinking, ‘Do I have COVID or not?'” Sara Lopes, a 21-year-old shop worker, said at a Lisbon nightclub as the new requirements took effect at midnight.
“It’s a bit of a hassle to have to make appointment after appointment at the pharmacy, but it’s fine,” she said.