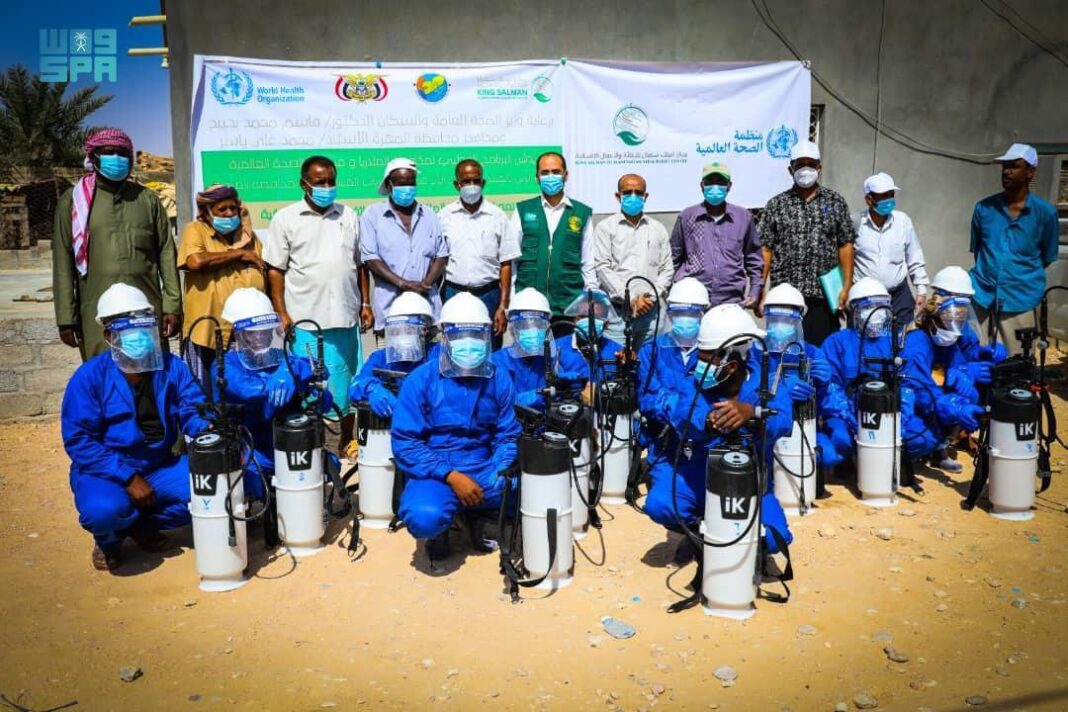 AL-MAHRA, Yemen:  The King Salman Humanitarian Aid and Relief Center (KSrelief), in cooperation with the World Health Organization (WHO), has inaugurated a pesticides spraying campaign in the Yemeni province of Al-Mahra as part of the National Malaria Control Program (NMCP).

The program includes the implementation of a series of residual pesticides spraying campaigns aimed at controlling mosquitos, with the participation of 56 health care workers and 14 supervisors, to combat malaria in the province’s Al-Ghaydah and Saihout governorates.