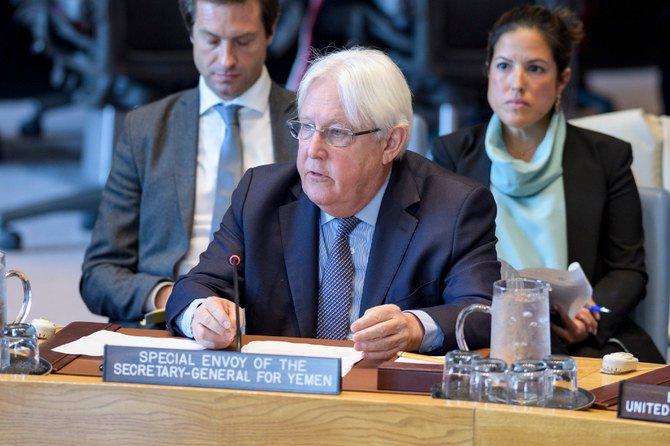 LONDON: The UN envoy to Yemen Martin Griffiths was in Saudi Arabia on Monday for a series of meetings with Yemeni and Saudi officials, according to a UN spokesman.

His visit comes as part of the organization’s efforts in seeking a nationwide ceasefire in Yemen, alleviate the humanitarian suffering, and resume the political process toward peace, the spokesman added.