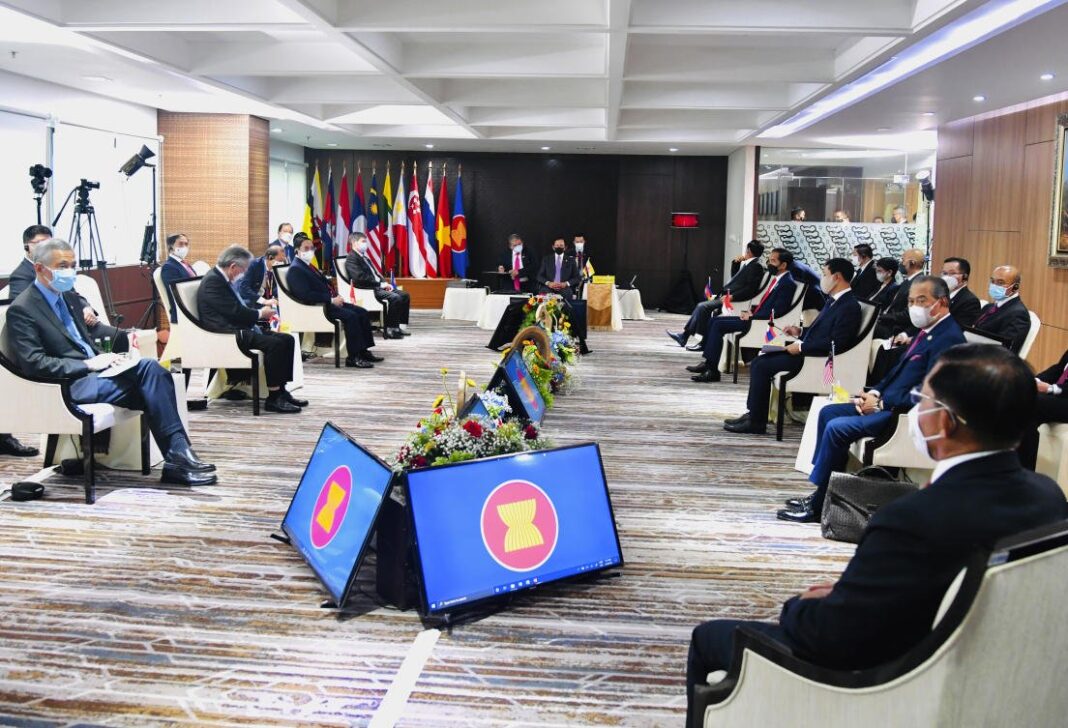 Myanmar’s shadow government, formed by opponents of ruling military, welcomed on Monday the exclusion of junta leader Min Aung Hlaing from an upcoming regional summit, but said it should be the legitimate representative.
However, the opposition said it would accept inviting a truly neutral alternative Myanmar representative, as decided over the weekend by the Association of Southeast Asian Nations (ASEAN).
ASEAN will invite a non-political representative from Myanmar to its Oct. 26-28 summit, in an unprecedented snub to the military leaders behind a Feb. 1 coup against Aung San Suu Kyi’s elected government.
The opposition National Unity Government (NUG), which has been outlawed by the military, said the non-political figure who attends the summit must not be a representative of the junta in disguise.
“ASEAN excluding Min Aung Hlaing is an important step, but we request that they recognize us as the proper representative,” said its spokesman Dr. Sasa.
The decision was an unusually bold step for the consensus-driven bloc, which traditionally favors a policy of engagement and non-interference.
Brunei, ASEAN’s current chair, issued a statement citing a lack of progress made on a roadmap that the junta had agreed to with ASEAN in April to restore peace in Myanmar.
A spokesman for Myanmar’s military government blamed “foreign intervention” for the decision which it said was against the objectives of ASEAN, the ASEAN Charter and its principles.
Myanmar has been in turmoil since the coup, which ended a decade of tentative democracy and economic reform. Thousands of its opponents have been arrested, including San Suu Kyi.
Security forces have killed more than 1,100 people, according to the Assistance Association for Political Prisoners, an activist group that has tracked the arrests and killings. The military has called its opponents “terrorists.”