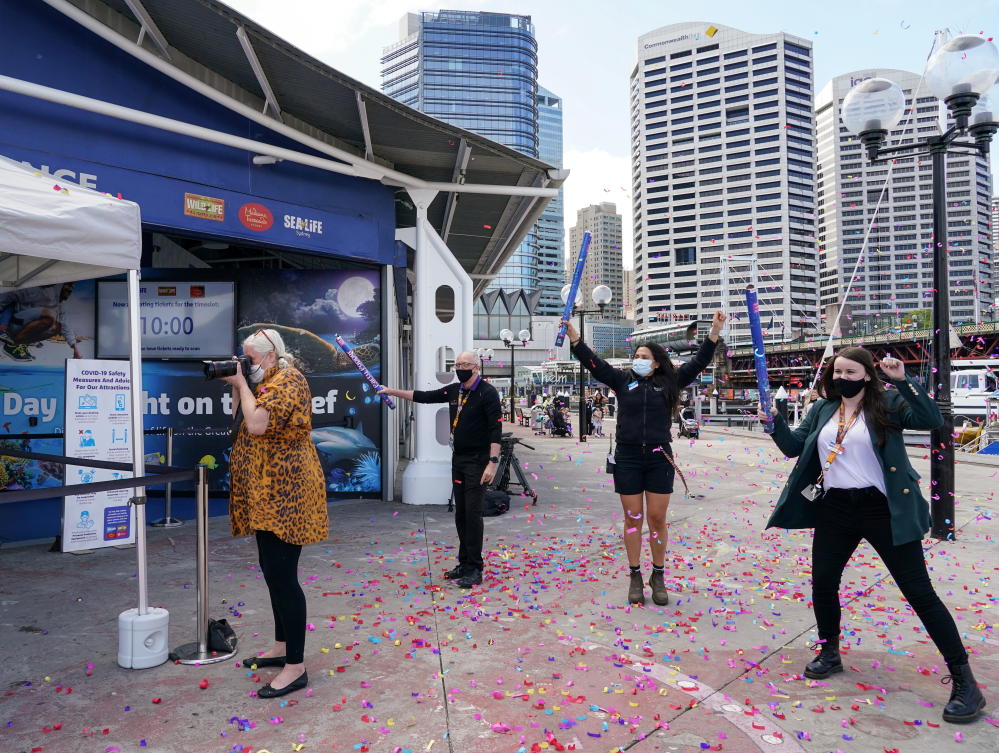 SYDNEY: Thousands of children returned to school in Sydney on Monday after months of home learning as Australia’s largest city, buoyed by rising vaccination rates, eased more COVID-19 restrictions.
Masks will no longer be mandatory in offices and more people will be allowed to gather in homes and outdoors after New South Wales state, home to Sydney, reached an 80 percent double dose inoculation rate for people aged over 16 over the weekend.
The latest in a series of planned easing of restrictions marks a shift by Australia’s largest cities to living with the virus, a strategy officials have warned will bring a greater number of COVID-19 cases in coming weeks.
“This is not over, there is a long journey to go,” New South Wales Premier Dominic Perrottet said on Monday, urging people to strictly follow the remaining health rules.
Retail stores, pubs and gyms can allow more vaccinated patrons and nightclubs can reopen for seated drinking, while weddings can have unlimited guests. However, all must follow social distancing measures.
The return to the classroom has been staggered, with the youngest and eldest students — those in kindergarten, year 1 and year 12 — returning on Monday. All others return next week.
New South Wales reported 265 new cases on Monday, the lowest single-day rise in 10 weeks and well below a high of 1,599 in early September.
Neighboring Victoria reported 1,903 new cases, up from 1,838 a day earlier. State capital Melbourne is on track to begin exiting its lockdown on Friday as full vaccination levels near 70 percent. The city has endured around nine months under strict stay-home orders since March 2020 — the longest in the world, according to Australian media.
Some virus-free states, however, have flagged they will keep internal borders closed amid fears that reopening could overwhelm their health systems.
By contrast, the federal government said it would roll out its vaccination passport for international travel from Tuesday, a key step in its plan to allow Australian citizens to travel abroad from next month.
Authorities said last week that vaccinated international travelers, initially only citizens and permanent residents, will be allowed to enter Sydney from Nov. 1 without the need to quarantine.
With some 145,000 cases and 1,543 deaths, Australia’s exposure to the coronavirus pandemic has been relatively low.