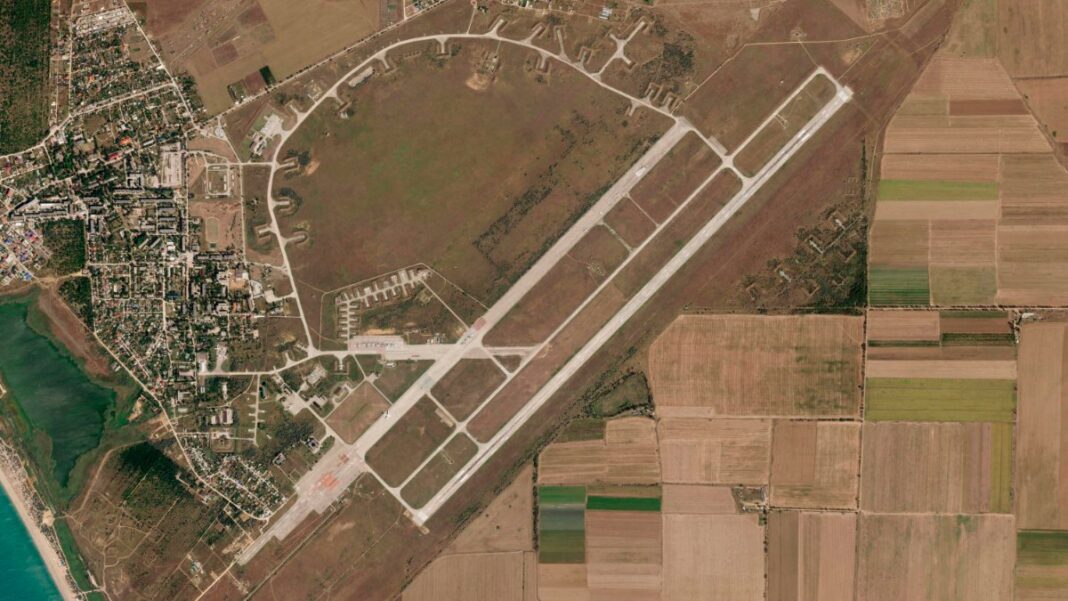 KYIV: Ukraine’s air force said on Wednesday that nine Russian warplanes were destroyed in a deadly string of explosions at an air base in Crimea, amid speculation of a Ukrainian attack that would be a significant escalation in the war.

Russia denied any aircraft were damaged in Tuesday’s blasts, or that an attack even took place. But Ukrainian officials mocked Russia’s explanation that a careless smoker might have caused ammunition at the Saki air base to catch fire and blow up. Analysts also said that explanation made no sense and that the Ukrainians could have used anti-ship missiles to strike the base.

“Officially Kyiv has kept mum about it, but unofficially the military acknowledges that it was a Ukrainian strike,” military analyst Oleh Zhdanov said.

If Ukrainian forces were responsible for the blasts, it would be the first known major attack on a Russian military site on the Crimean Peninsula, which was seized from Ukraine by the Kremlin in 2014.

Crimea holds huge strategic and symbolic significance for both sides. The Kremlin’s demand that Ukraine recognize the peninsula as part of Russia has been one of its key conditions for ending the fighting, while Ukraine has vowed to drive the Russians out of all occupied territories.After the blasts, Ukrainian President Volodymyr Zelensky said: “This Russian war against Ukraine and against all of free Europe began with Crimea and must end with Crimea — its liberation.”

The explosions, which killed one person and injured 14, sent tourists fleeing in panic as plumes of smoke rose over the coastline near by. Video showed shattered windows and holes in the brickwork of some buildings.One visitor, Natalia Lipovaya, said: “The earth was gone from under my feet … I was so scared.” Sergey Milochinsky, a local resident, recalled hearing a roar and seeing a mushroom cloud from his window. “Everything began to fall around, collapse,” he said.The base on the Black Sea peninsula is at least 200 kilometers from the closest Ukrainian position and beyond the range of missiles supplied by the West for use in HIMARS launchers.Ukraine has repeatedly asked for longer-range missiles for HIMARS that can strike targets up to 300 kilometers away. The explosions raised speculation that it had finally obtained them.Zhdanov said Ukrainian forces could also have struck the air base with Neptune or Harpoon anti-ship missiles.The Washington-based Institute for the Study of War said simultaneous blasts in two places at the base probably ruled out an accidental fire, but not sabotage or a missile attack. “The Kremlin has little incentive to accuse Ukraine of conducting strikes that caused the damage since such strikes would demonstrate the ineffectiveness of Russian air defense systems,” it said.