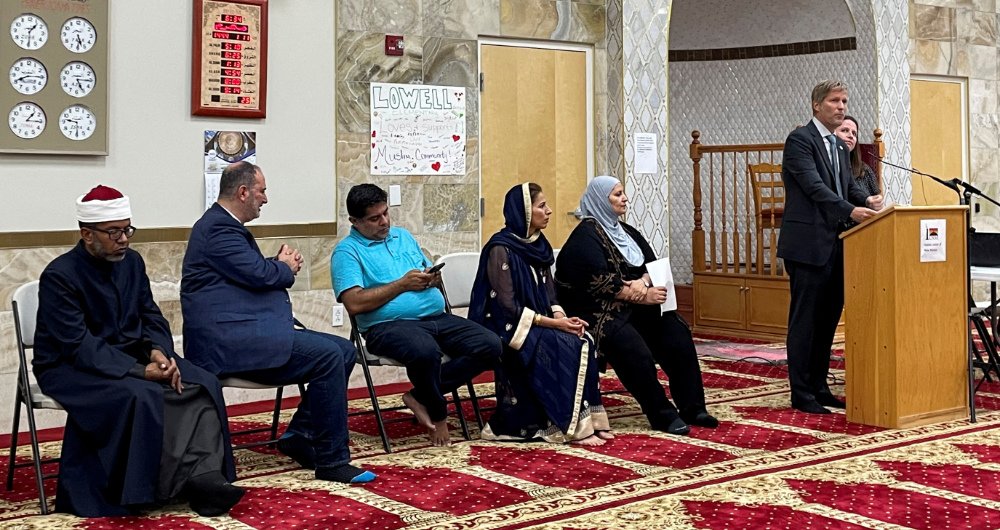 ALBUQUERQUE, N.M.: Muslims in New Mexico interviewed on Wednesday said they felt shock and shame at the arrest of a Muslim immigrant from Afghanistan in connection with the murders of four Muslim men.Police on Tuesday said they detained 51-year-old Muhammad Syed. A motive for the killings remains unclear, but police said he may have acted on personal grudges, possibly with intra-Muslim sectarian overtones.Syed denied being involved with any of the four killings when questioned by police, according to the New York Times.”We’re in complete total disbelief. Speechless. You know, kind of embarrassed to say he was one of our own,” said Mula Akbar, an Afghan-American businessman who said he had helped Syed settle in the city.”His hatred of Shiites might have had something to do with it,” Akbar said.Syed was from the Sunni branch of Islam and prayed together at Albuquerque’s Islamic Center of New Mexico mosque with most of the victims, three of whom were from the Shiite branch of Islam. All four victims were of Afghan or Pakistani descent. One was killed in November, the other three in the last two weeks.Syed, who made his first appearance in court Wednesday, was formally charged with killing Aftab Hussein, 41, on July 26 and Muhammed Afzaal Hussain, 27, on Aug. 1.Police said on Tuesday they were working with prosecutors on potential charges for the murders of Naeem Hussain, 25, a truck driver killed on Friday, and Mohammad Ahmadi, 62, shot dead on Nov. 7, 2021, outside the grocery store he ran with his brother in southeast Albuquerque.It was not immediately clear if Syed had retained a lawyer. His family did not immediately respond to a request for comment but local television station KRQE News 13 quoted them as saying they believed he was innocent.Palestinian-American Samia Assed said the Muslim community of around 4,000 in the city of over half a million people had work to do to prevent violence they left behind in countries like Afghanistan and Pakistan.”This took me back to 9/11 when I just wanted to hide under a rock,” said the human rights activist after she hosted an interfaith memorial at the Islamic Center of New Mexico (ICNM) in Albuquerque, Albuquerque’s oldest and largest mosque.”For this to happen it’s like setting us back 100 years,” she said.The mosque is nonsectarian, serves mainly Sunnis from over 30 countries and has never before experienced violence of this kind, according to congregants interviewed by Reuters.Police on Tuesday declined to comment on rumors Syed was angry one of his daughters had eloped and married a Shiite man.Syed is a truck driver, has six children, is from Pashtun ethnicity and arrived in the United States as a refugee about six years ago from Afghanistan’s southern Kandahar province, said Akbar, a former US diplomat who worked on Afghan issues and helped found the Afghan Society of New Mexico.Syed developed a record of criminal misdemeanors over the last three or four years, including a case of domestic violence, police said.Video from February 2020 showed him slashing the tires of a vehicle at the ICNM believed to be owned by the family of the first known victim, Ahmadi, according to the mosque’s president, attorney Ahmad Assed.”We’re in a surreal time trying to make sense of these senseless killings we’ve suffered,” he said.