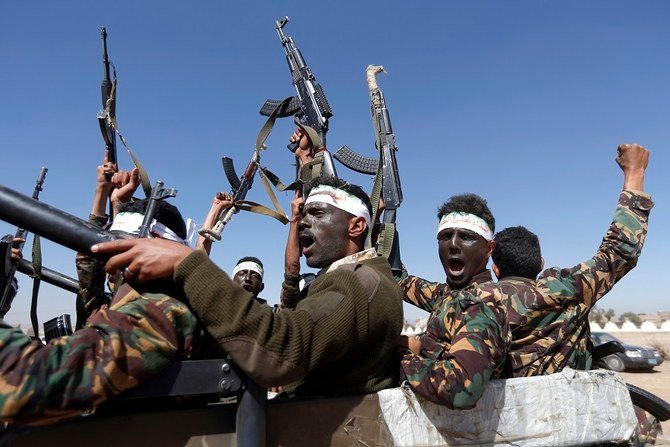 DUBAI: The Iranian regime is using the Houthi militia as a pressure card against the international community and the US administration to extract concessions on the 2015 nuclear agreement, Yemeni Minister of Information Muammar Al-Eryani said on Thursday.
Al-Eryani claimed that Iran is pressuring the Houthis for a military escalation in Yemen through suicide bombing in Marib province, as well as attacks against civilians in Saudi Arabia, state news agency SPA reported.